We really need to put a fucking bounty on them...start with the ones running their mouths on TV recently, ya the ones attempting to protect their billion/millionaires republican buddies tax cuts and the ones that funded them, making them the puppets they have become..

Its actually quite comical, their lack of intelligence or even common sense...!

Collectively their IQ wouldn't equal that of a third-grader..

There is however one good one...Robert Gates who retired today.

Welcome to your new home at Big Lake, Washington Mr Gates....look forward to talking to you again along the Skagit River in the fall.
Posted by AlaskanDave at 6:10 PM No comments:

A community dedication and open house will be held Saturday, May 24th, at the new Prince of Wales Health Care Center, 1800 Craig-Klawock Highway in Craig
Posted by AlaskanDave at 7:18 PM No comments:

The boat that recently won the America's Cup back was built in Anacortes. The area was chosen due to the one-a-kind multi-axis mill at Janicki Industries in Sedro Woolley.

This machine has the capabilities to create the molds for the high-tech carbon fiber parts.....a $100 million-dollar effort
by the third richest man in the world, Larry Elison of Oracle

Posted by AlaskanDave at 9:01 AM No comments: 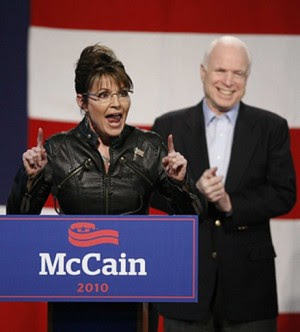 This ole broad really is an embarrassment to Alaska & real Alaskans.

On the national news tonight she was pimping for John McCain who is about to be tossed under-the-bus by the citizens of Arizona..

She is even dumber than George "The Smirking Chimp" Bush.. !
Posted by AlaskanDave at 6:22 PM 1 comment:

Surfs Up at Kodiak Island... 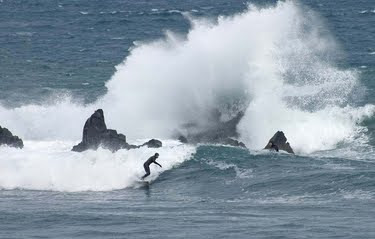 Hardy surfers at Spruce Cape, Kodiak Island....
Posted by AlaskanDave at 11:24 AM No comments: 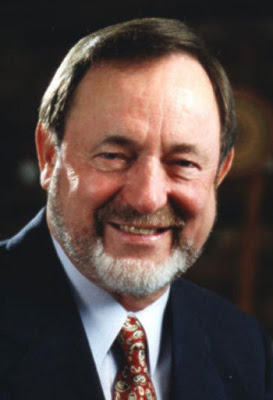 Been there way to long, since 1973, that is friggen 37 years...perfect example of why term-limits are necessary, this dirtbag thinks everything must go by him first in Washington DC.

His latest paid-gig is an attempt to force through the Sealaska Land Grab Scam...

Google Sealaska Land Grab for all the details
Posted by AlaskanDave at 10:24 PM No comments: 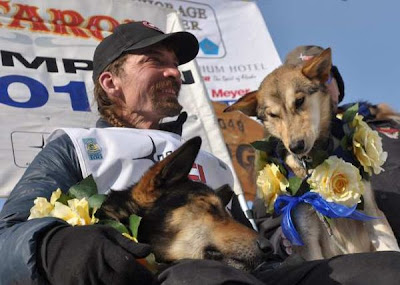 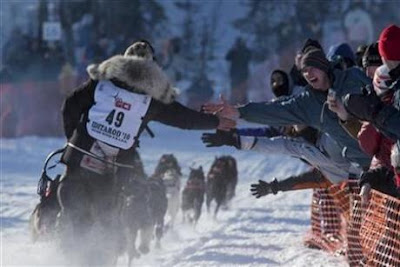 Lance has made history today, no other musher in Iditarod history has won 4 Iditarods in a row.

Mackey crossed the finish line in Nome on Tuesday afternoon to become the only musher in the 38-year history of the Iditarod to win four consecutive races.

Mackey told the folks at the finish line in Nome that he will return next year to attempt to win a 5th time..